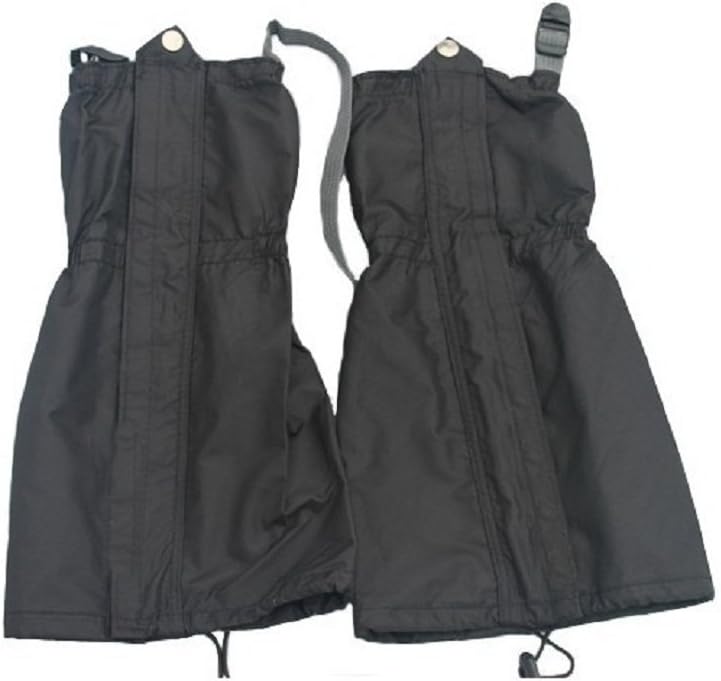 This fits your .
"li" Designed with adjustable elastic band and snap fastener for convenient and firm bundling. "li" Pair these gaiters with hiking boots or ski boots to keep rocks, dirt and snow from getting into your footwear "li" Full length rear entry zip, absolutely waterproof. "li" zip for easier putting on and taking off.